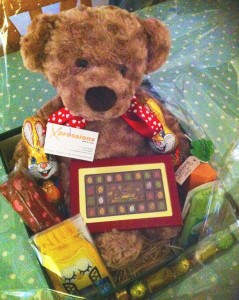 The Friends of Shoreham Fort have been working tirelessly over the last two years on projects which were funded by the Adur Pot of Gold and the Big Harbour Community Pot.

With this money we have commissioned information panels and scale models.  We have had brown tourist signs installed and purchased picnic benches and park benches for use while enjoying drinks and cakes from the recently installed kitchen in Food for Fort.  Tables and benches have also been purchased to help furnish our WWII Nissen hut, which we rescued from Chidham near Chichester.

We also have an interactive touch screen PC, new flags and an alarm system too.

Debbie Kennard, West Sussex County Councillor, was Chairman of Adur at the time of the award and she will be officially opening the Nissen Hut along with Tim Loughton, MP, who is a regular volunteer with us.

To compliment the WWII theme of the Nissen Hut we have vehicles of the time, including the Bedford Truck that starred on TV at the Fort when Sara Cox filmed ‘War Hero in my Family‘.

We have the Royal Sussex Living History Group with us in authentic uniforms; they will be displaying their extensive gun rack, giving parade ground demonstrations and inviting the children to join in with a parade ground drill routine.

We will have the air-soft range in the Eastern Caponier by the Nissen Hut, we’ve also got history hunts, egg hunts and egg decorating.

To top it off there are free egg and spoon races, sack races and colouring sheets.

If this wasn’t enough we have a raffle with the first prize being pictured above including the lovely teddy donated by Xpressions gifts and cards in Shoreham High Street.

Come and join us for what promises to be a fun filled, low cost family day out……..