Since the Friends of Shoreham Fort have been on site, a number of restoration and maintenance has taken place. You can see these in the photos below. This work is on-going, so keep up to date by following the front page.

The most noticeable difference here is the removal of the coast guard tower. You may also notice that the brick work on the south caponier has been repaired2. 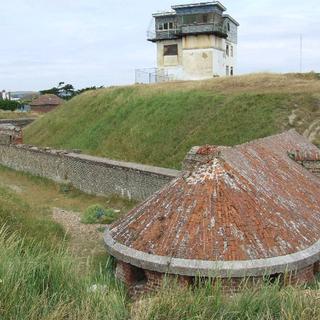 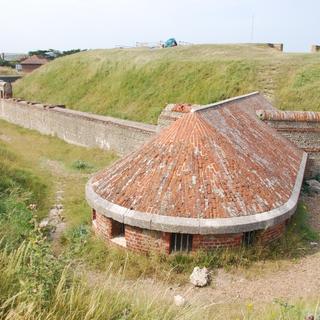 The tunnel leading to the south caponier has been cleared – 26 tonnes of rubble was removed. The railway sleepers that block the entrance were replaced with doors. 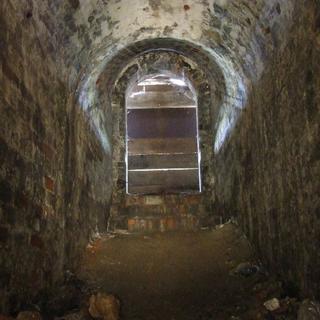 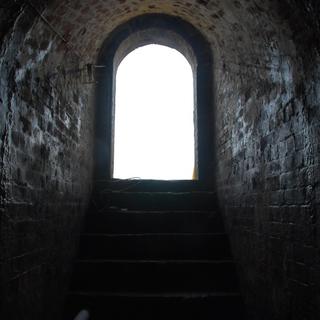 Once all the rubble was removed from the tunnel, steps were uncovered. This made moving the rubble from within the Caponier itself rather difficult, and had to be taken out by bucket instead of wheelbarrow. 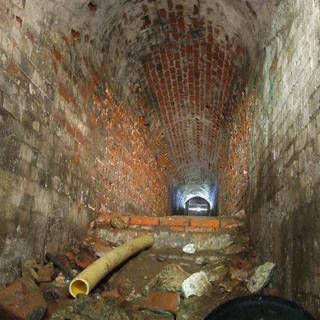 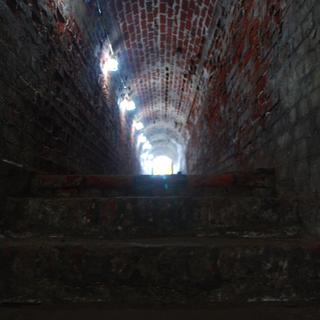 The amount of rubble almost reaches the rifle loops. Once removed, we were able to install low-voltage lighting to allow the public tours to take place. 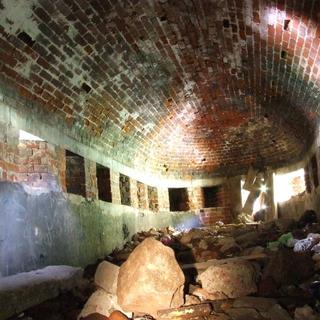 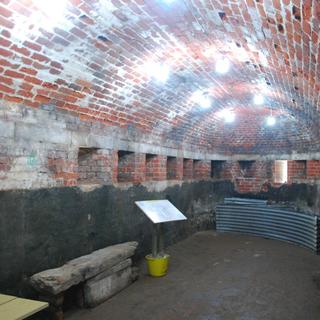 Looking back along through the caponier along the tunnel to the daylight shows how much was removed. 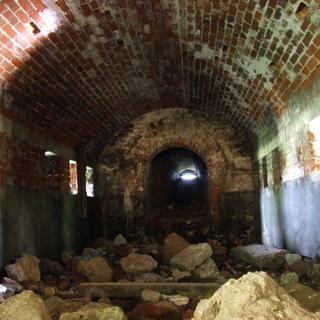 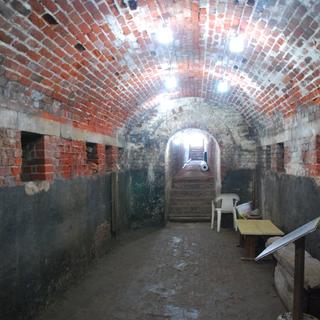 The Carnot wall was saved from collapse by restoring the flint & brick2. 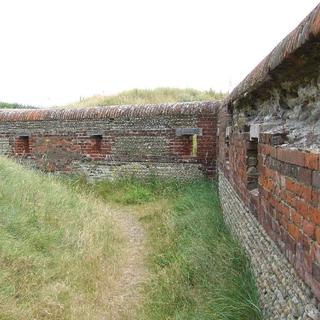 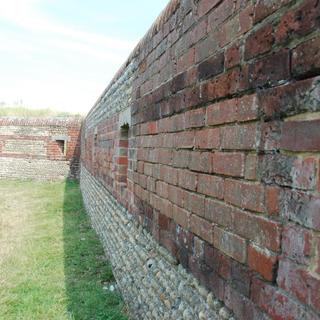 The roof of the south caponier tunnel was recovered and protected from erosion. 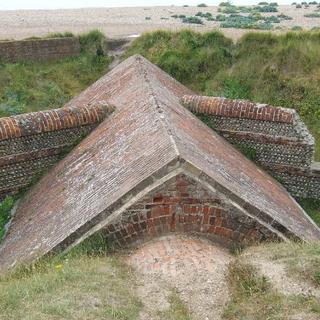 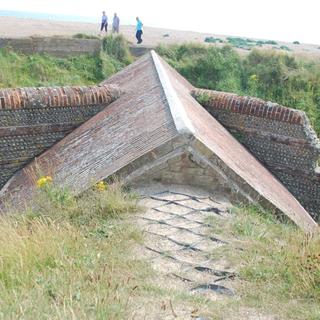 Inside the fort and along the Carnot wall, weeding and grass cutting are a regular maintenence effort. 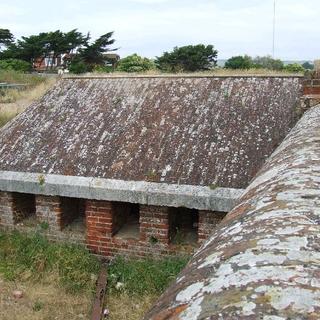 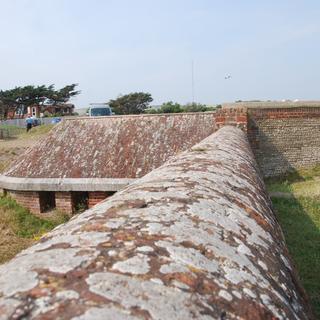 East caponier entrance has been cleared. 6 Steps were uncovered, and the inside of the Carnot wall has started to be cleared. 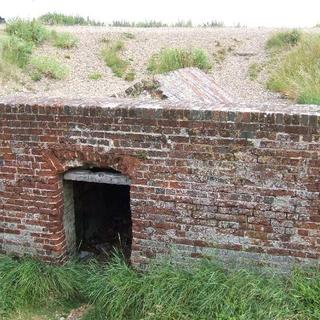 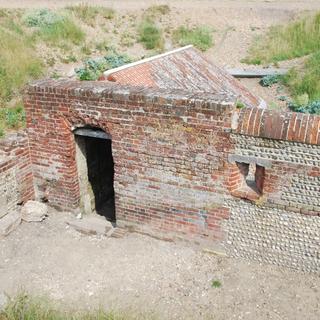 Clearing of the east caponier itself. The caponier was filled with litter and rubble, it’s now possible to see all the rifle loops, and the remains of the slate partitions on the left wall. 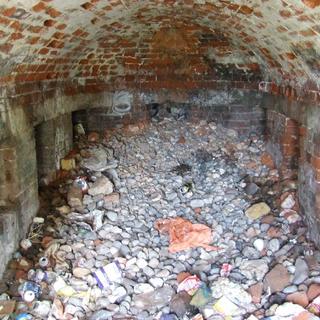 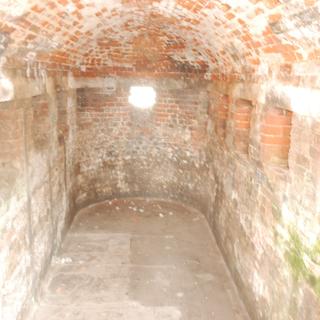 The coastguard tower was removed in 2012, leaving the original magazine structure, all the white render has been slowly and carefully chipped off from the magazine walls by hammer and chisle. 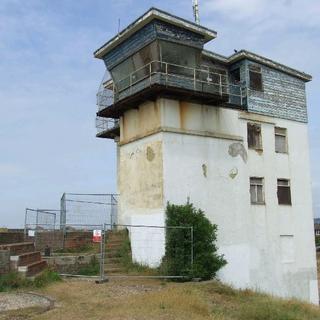 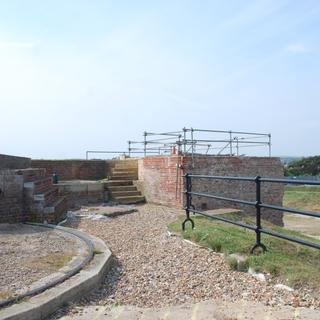 The effect of the grass cutting can really be seen here – the Shell Recesses can clearly be seen, and the banks have been changed to their original incline. 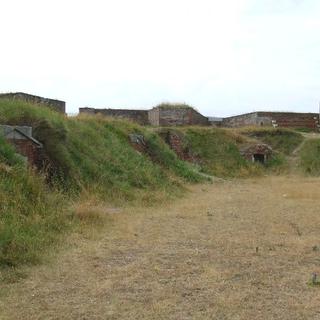 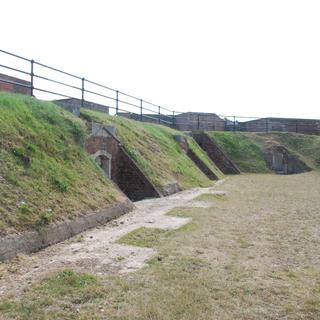 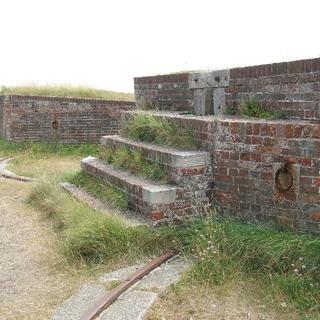 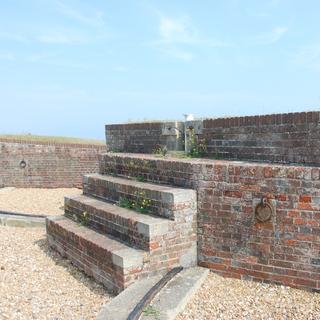 The Shell recesses have been weeded and cleaned. Fighting the weeds and grass are a real battle during the nice summer weather. 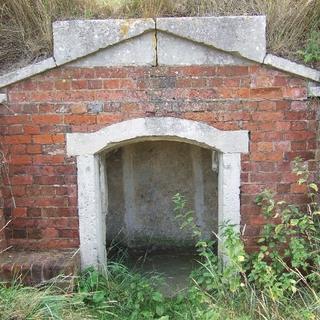 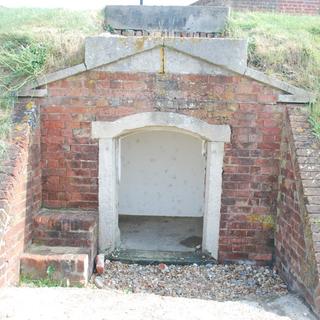