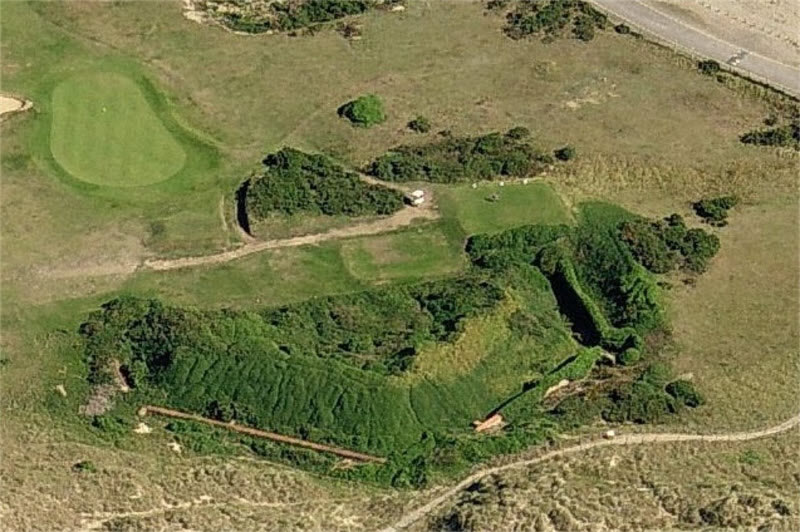 Littlehampton fort was built to replace the Gun Battery which had been built earlier in 1759 to house seven Guns on the east side of the harbour mouth (the mound can still be seen on what is now Harbour Park) The new fort was to be built on the west side of the harbour mouth (now Littlehampton Golf Coarse). After waiting several years for funding, it was eventually granted and Ordinance Officers were sent in November 1853 to inspect the new site, after this a London building firm, Messrs Lock and Wesham, took on the project and construction started the next February in 1854. In this time, several local men were employed under the supervision of Captain Fenwick of The Royal Engineers until the fort was finally finished in September 1854. 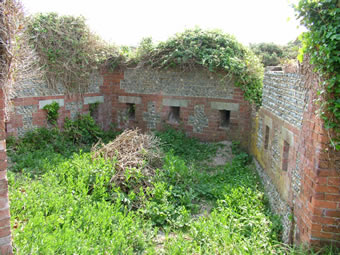 The land that the fort occupied was 1 acre 2 rods and 39 poles (70 Ares) in area and the estimated cost of the project was £7,146 but after completion the total spent was £7,615.10s.0d. The objective of the fort was to surprise and withstand attacks by ships and any landing parties and to prevent the capture of the harbour by any enemy force. It was thought by The War Office that if any enemy force captured the harbour it would enable them to use the quays to supply and reinforce troops before then going on to attack Portsmouth from the rear and then marching on to attack London. The ramparts were built up high in order to command the shore and the low-lying marshy ground at the rear and were surrounded by a ditch that was 8 metres wide, in this ditch a novel feature was incorporated, this was a Carnot wall. 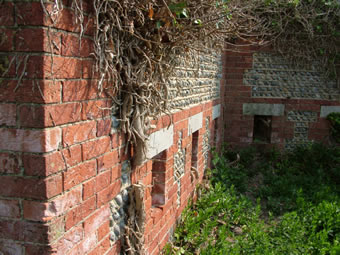 The Carnot wall stood 12 ft high and was loop holed throughout, these loopholes provided adequate defence for the troops, whilst enabling them to volley fire there muskets towards the enemy trying to advance. At three corners of the ditch, the Carnot wall then opened out into open bastions, which enabled volley fire along the length of the wall. Later it was decided the bastions were not practical as if enemy boats fired grape shot, it would be able to it the soldiers from over head, so at the sister fort, built later at Shoreham in 1857, they adapted the design to incorporate closed top Caponiers instead of the bastions, giving overhead defence as well.

At the rear of the fort, or north side, the Carnot wall would then have connected to the well protected barrack building, which also incorporated loopholes. 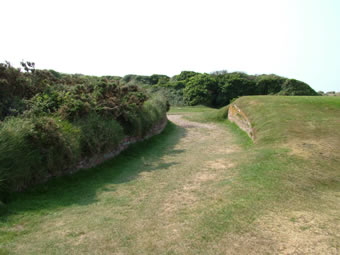 The fort was armed with three 68-pounder guns and two 32-pounder guns, each capable of firing up to 1600 yards, and the two underground magazines were designed to house 126 barrels of gunpowder. The fort was planned to accommodate two infantry officers, one master gunner, and 42 NCO’s and privates, in its internal barracks, and a further 30 NCO’s and privates could also be accommodated in a small enclosure or hut, on the north side, just outside the fort.

Two magazines at the rear of each end of the ramparts were sunk below ground level and would have stored 126 wooden barrels of gunpowder. Adjacent to each magazine chamber would have been a small passage way where the fuses were prepared and the charges bagged up, when the charges were ready they would then have been carried by hand to the stone recess magazines situated next to the guns on the terreplein and stored there until required. When built and garrisoned the fort was then considered as being self-sufficient as it would hold enough water and supplies to withstand a siege until support troops were able to arrive.

In 1870, just sixteen years after the fort was completed, a survey was started by Edward Cardwell, Secretary of State for War. The objectives of this survey were to improve the efficiency of the army by making reductions in unnecessary expenditure. Three years later in 1873 the survey had been finished and it was decided that both Littlehampton fort and Shoreham could no longer keep up with the technology of the arms, as by that time the guns design were much bigger and heavier and the ramparts of the forts were not suitable, and from that time both forts were not upgraded but were used in their current design until 1906 when they were taken out of action or decommissioned.

These were just some of my findings from research I have been doing since 1995, Andy Orpin is now using this research and attempting to do a similar restoration project to read more about it please visit